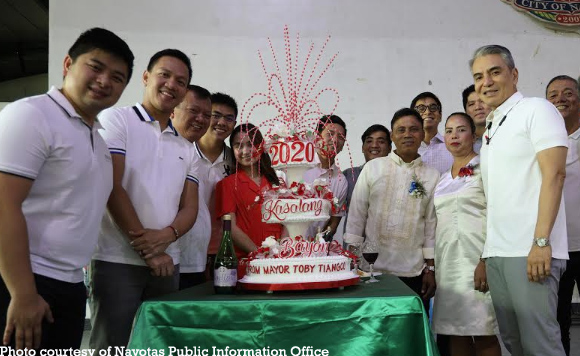 Before spending Valentine’s Day with their wives, Navotas City Mayor Toby Tiangco and his brother, Rep. John Rey Tiangco, took time off from their busy schedules to wed 36 couples on Friday, February 14.

The mass civil wedding was held for free by the local government both to mark Valentine’s Day and the cityhood anniversary of Navotas.

Toby said he is hopeful that marriage will make the couples’ relationships stronger.

“Most of you have been together for more than five years now. Whatever is your secret to making your relationship last, keep it,” he said.

John Rey, meanwhile, said the city government has several programs to help couples and their families have a good life.

Aside from the mass wedding, the city government distributed cookies to city hall employees and held a food bazaar to celebrate Valentine’s Day.