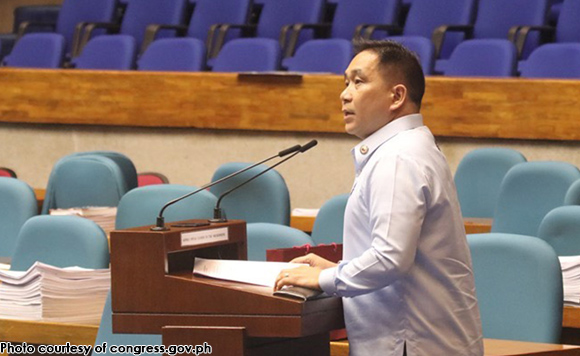 0 228
Share
Want more POLITIKO News? Get the latest newsfeed here. We publish dozens and dozens of politics-only news stories every hour. Click here to get to know more about your politiko - from trivial to crucial. it's our commitment to tell their stories. We follow your favorite POLITIKO like they are rockstars. If you are the politiko, always remember, your side is always our story. Read more. Find out more. Get the latest news here before it spreads on social media. Follow and bookmark this link. https://goo.gl/SvY8Kr

Magdalo party-list Rep. Manuel Cabochan III on Thursday said the quo warranto petition filed by the Office of the Solicitor General against ABS-CBN is “an overreach and encroachment on the function of Congress to review and renew broadcasting franchises.”

“The matter should have been left with the Congress,” the former junior rebel officer said.

“This just shows the rabid desire of the administration to shut down one of the institutions in the Philippine media industry,” Cabochan added.

“We, in the Magdalo Party-List, oppose this orchestrated attack of the Duterte administration on press freedom which is an important principle of democracy,” he said.

Solicitor General Jose Calida filed last week a petition with the Supreme Court asking it to cancel the legislative franchise of ABS-CBN, which will expire on March 30.

There are several pending bills seeking the renewal of ABS-CBN’s franchise but the House committee on legislative franchises has not scheduled it for discussion.