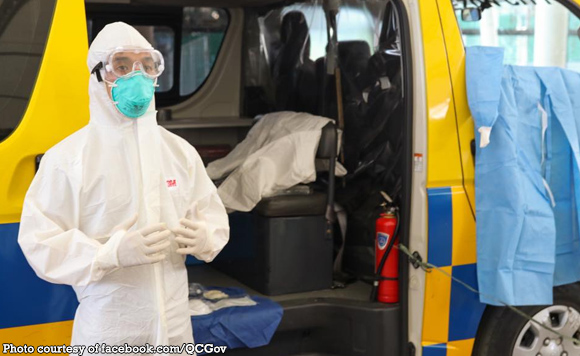 0 283
Share
Want more POLITIKO News? Get the latest newsfeed here. We publish dozens and dozens of politics-only news stories every hour. Click here to get to know more about your politiko - from trivial to crucial. it's our commitment to tell their stories. We follow your favorite POLITIKO like they are rockstars. If you are the politiko, always remember, your side is always our story. Read more. Find out more. Get the latest news here before it spreads on social media. Follow and bookmark this link. https://goo.gl/SvY8Kr

Quezon City Rep. Precious Hipolito on Tuesday pushed for hazard pay, insurance and other benefits of health workers in the country as they are the “front liners” in the campaign against the novel coronavirus (nCov).

Aside from doctors, nurses and other staff of hospitals are the most vulnerable to the deadly virus because they attend to the infected, said Castelo, vice chair of the House Committee on Metro Manila development.

“They should be given extra pay and protection in recognition of the risk they face in performing their duties and responsibilities as health workers,” the lawmaker said.

In the Philippines, nurses are not being paid enough despite the dangers associated with their job, Castelo said. “How are they going to keep themselves strong and healthy if they don’t have the means to buy good food and vitamins for resistance,” she said.

With weak bodies, Castelo said health workers can easily catch life-threatening diseases such as nCov pneumonia. “If we lose them to the virus, whose going to take care of us when we get sick,” she said.

The number of deaths caused by the global outbreak continues to rise, with health workers on the frontline.

“We should start protecting them before its too late,” she said.