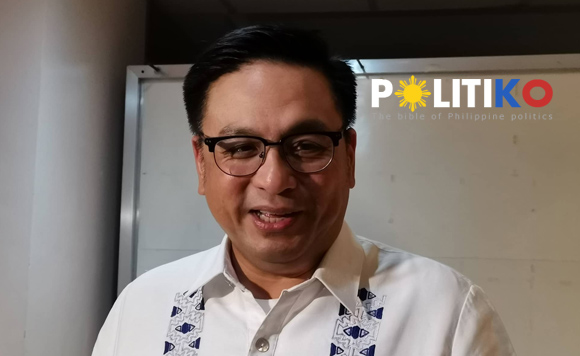 0 126
Share
Want more POLITIKO News? Get the latest newsfeed here. We publish dozens and dozens of politics-only news stories every hour. Click here to get to know more about your politiko - from trivial to crucial. it's our commitment to tell their stories. We follow your favorite POLITIKO like they are rockstars. If you are the politiko, always remember, your side is always our story. Read more. Find out more. Get the latest news here before it spreads on social media. Follow and bookmark this link. https://goo.gl/SvY8Kr

With the termination of the country’s Visiting Forces Agreement (VFA) with the United States, the Philippines should now prepare for the “security gaps” that will result from the military disengagement, Muntinlupa Rep. Ruffy Biazon said on Tuesday.

“It should now be a matter of priority for the government to enter into transition mode, to prepare for the security gap that will result in the disengagement of the Philippines from an agreement with the United States which enhances our military and defense capability, our disaster response and opens the door towards modernizing the Armed Forces,” he said.

Biazon said the advantages of having the VFA had already been emphasized by the secretaries of Foreign Affairs and National Defense.

“But if it is the decision of the President as the Chief Architect of Foreign Policy to terminate it, the responsible thing to do now is to provide for the means to fill the gap that will result from the termination,” he said.

“There may be a need for the Philippines to revise its defense and security strategies and plans to determine the appropriate adjustments in terms of deployment of military assets, appropriation of resources, engagement with foreign counterparts and regional military alliances,” Biazon said.

“Likewise, our foreign relations strategy should also be tweaked to enable the Philippines to adapt to the after-effects of this new configuration in the security set up in our region of the world,” he added.