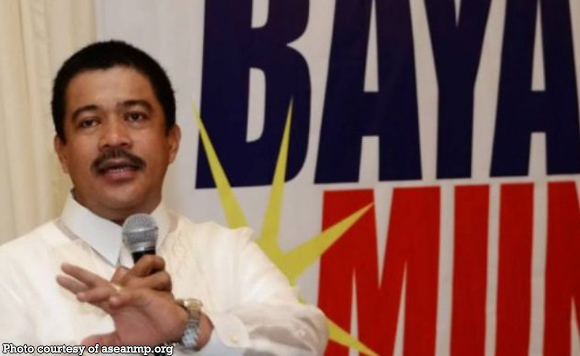 Bayan Muna party-list Rep. Carlos Zarate on Tuesday welcomed the signing of the notice of termination of the country’s Visiting Forces Agreement (VFA) with the US, saying it was time that the Mutual Defense Treaty and the Enhanced Defense Cooperation Agreement (EDCA) followed suit.

Zarate said President Rodrigo Duterte “should follow through the VFA’s scrapping with the termination as well of the more onerous Mutual Defense Treaty (MDT) and the Enhanced Defence Coorperation Agreement (EDCA).”

“Pres. Duterte should not stop with the scrapping of VFA only; MDT and EDCA should also be terminated as they are as onerous and violative, too, of our national sovereignty,” the Makabayan lawmaker said.

“They are vestiges of neocolonial control of the US, a tool for direct intervention in the country, facilitating for instance the return of their basing facilities, interference in the counterinsurgency operations,” said the Davao-based solon.

“These agreements effectively transformed the Philippines as the biggest US base in the world and should have long been terminated,” Zarate said.