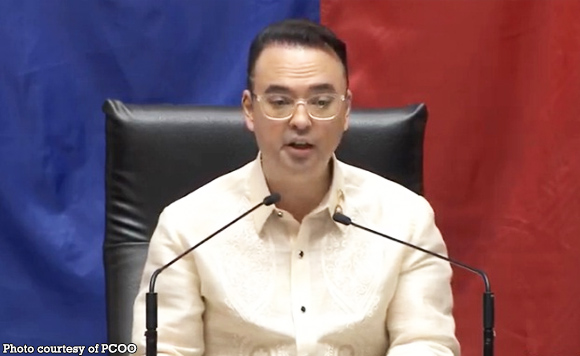 0 171
Share
Want more POLITIKO News? Get the latest newsfeed here. We publish dozens and dozens of politics-only news stories every hour. Click here to get to know more about your politiko - from trivial to crucial. it's our commitment to tell their stories. We follow your favorite POLITIKO like they are rockstars. If you are the politiko, always remember, your side is always our story. Read more. Find out more. Get the latest news here before it spreads on social media. Follow and bookmark this link. https://goo.gl/SvY8Kr

House Speaker Alan Peter Cayetano on Monday called for a review of the country’s Visiting Forces Agreement with the United States, saying it was time to “reexamine” the “uneven relationship” between the two longstanding allies.

“Let’s spend the next few days reviewing not only the VFA but our long relationship with the United States Government,” he said.

“Their position on critical issues vis-a-vis our position – especially those affecting Philippine domestic matters – must be reexamined,” the Taguig-Pateros congressman said.

“Let us also look at the evolving global relationship among nations, and how their friends and our friends react and interact in relation to conflicting claims that affect the Philippines,” Cayetano said.

“Is the US ready to stand by its most loyal ally, or will its interest dictate neutrality at a time when ours need them to be firmly and unequivocally by our side?” he said.

“From day one, the President has been talking about an uneven relationship. About shabby treatment. About their interest always being more important than the Filipino People’s interests,” he noted.

“To the critics, if we cannot find fault with the United States Government for always putting America first, then why take it against the President of the Philippines for taking a stand for his country and people?” Cayetano said.

He made the statement after President Rodrigo Duterte said he was planning to terminate the VFA.