Public schoolteachers, too, have not received pay increase — Defensor 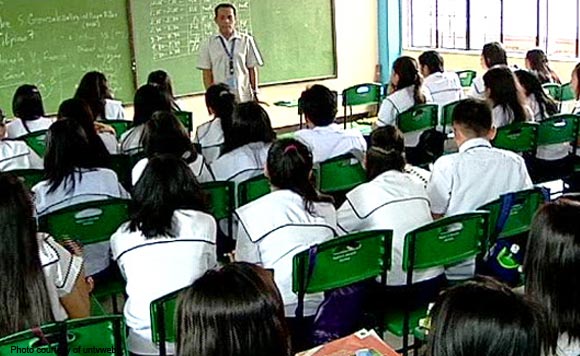 0 796
Share
Want more POLITIKO News? Get the latest newsfeed here. We publish dozens and dozens of politics-only news stories every hour. Click here to get to know more about your politiko - from trivial to crucial. it's our commitment to tell their stories. We follow your favorite POLITIKO like they are rockstars. If you are the politiko, always remember, your side is always our story. Read more. Find out more. Get the latest news here before it spreads on social media. Follow and bookmark this link. https://goo.gl/SvY8Kr

It’s not only government nurses who have not received their salary increase under the Salary Standardization Law 5, but public school teachers too, according to Anakalusugan party-list Rep. Mike Defensor.

He made the statement on Thursday upon learning that many teachers in Quezon City have not received their salary adjustment contained in SSL-5, or Republic Act No. 11464.

“But teachers should not worry about their additional compensation. The delay could just be the result of the usual tedious process of releasing and obligating funds. But they will eventually get it in full,” he said.

He said the law provides that the salary increase took effect last Jan. 1.

Defensor said funds are included in the 2020 national budget for the pay hike of all the more than 1.4 million state workers.

Public school teachers, numbering about 900,000, comprise the single biggest sector in the bureaucracy.

Republic Act 11464 mandates a new round of four-year salary upgrading in the government starting this year.

Earlier, Defensor, a vice chairman of the House committee on health, received information that nurses in hospitals run by the national government have not received their salary increase.

Unlike other public-sector personnel, nurses will get a bigger adjustment because of a Supreme Court ruling last October entitling them to Salary Grade 15 or P32,053 a month.

“Government nurses are thus entitled to an increase of at least P9,737 in their basic monthly salary,” Defensor said.