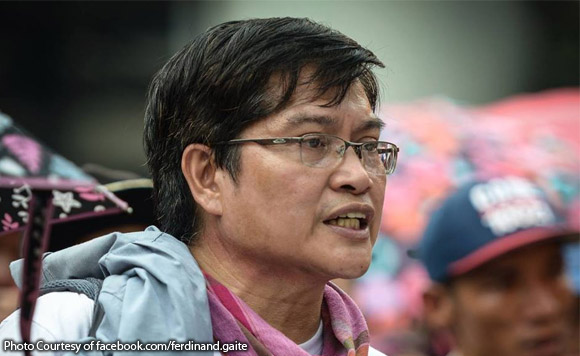 Bayan Muna party-list Rep. Ferdinand Gaite on Monday slammed the action of the Land Transportation Franchising and Regulatory Board (LTFRB) in abruptly canceling its study of motorcycle taxi operations due to legal challenges by Angkas.

“One minute they are saying that they do not have enough data, the next minute they’re terminating the study without even having conclusive results,” the Makabayan lawmaker said.

He said LTFRB Board Member Antonio Gardiola’s i”mmature action meant to spite Angkas for its legal actions would cause commuters and drivers undue suffering.”

“It now begs asking if Gardiola is really after ensuring the safety of the commuting public in this type of transport or something else,” he added.

“Gardiola should end this petty quarelling with Angkas, and for once really put the welfare of the public in mind, both commuters and riders alike,” Gaite said.

“LTFRB should finish the safety study, produce a complete report, and recommend real solutions,” he said.