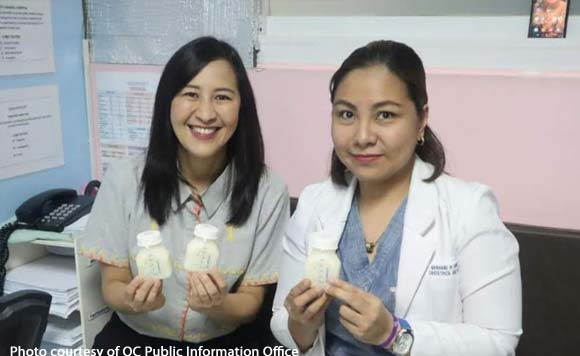 0 388
Share
Want more POLITIKO News? Get the latest newsfeed here. We publish dozens and dozens of politics-only news stories every hour. Click here to get to know more about your politiko - from trivial to crucial. it's our commitment to tell their stories. We follow your favorite POLITIKO like they are rockstars. If you are the politiko, always remember, your side is always our story. Read more. Find out more. Get the latest news here before it spreads on social media. Follow and bookmark this link. https://goo.gl/SvY8Kr

The Quezon City government will be donating breast milk from its milk bank for infants in Batangas who have been displaced by Taal Volcano’s unrest.

Quezon City General Hospital director Dr. Josephine Sabando on Saturday, January 18, checked the supply of mother’s milk that will be distributed to breastfeeding mothers in various evacuation sites in Batangas.

Sabando said the Quezon City Human Milk Bank (QCHMB) will initially give 40 bottles (100 ml) of pasteurized human milk to some of the infants in the evacuation centers in Batangas.

If the need arises, she said 200 more milk bottles are available for immediate distribution.

Sabando said the pasteurized human milk was gathered through continuous milk letting activities in coordination with the QC Health Department done in different communities in the city.