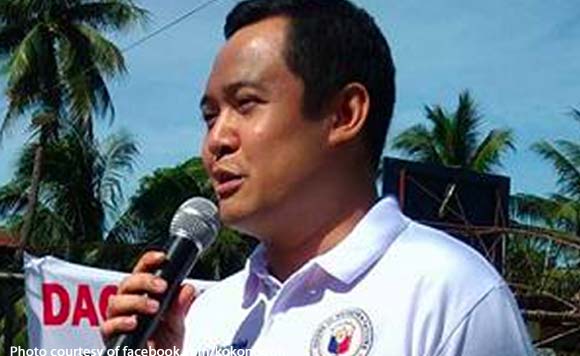 0 365
Share
Want more POLITIKO News? Get the latest newsfeed here. We publish dozens and dozens of politics-only news stories every hour. Click here to get to know more about your politiko - from trivial to crucial. it's our commitment to tell their stories. We follow your favorite POLITIKO like they are rockstars. If you are the politiko, always remember, your side is always our story. Read more. Find out more. Get the latest news here before it spreads on social media. Follow and bookmark this link. https://goo.gl/SvY8Kr

For every kilowatt hour you pay for your electricity, at least 50 centavos is automatically collected by a company with a declared P7,000 capitalization and set up only in May 2018.

This was revealed today by Puwersa ng Bayaning Atleta (PBA) party-list Rep. Jericho Nograles as he questioned how and why the Independent Electricity Market Operator of the Philippines Inc.,(IEMOP) was able to corner the contract to manage the Wholesale Electricity Spot Market (WESM) “without any competitive selection process.”

In a statement, the congressman said IEMOP managed to run its operation with “a measly capitalization by taking over hundreds of millions of pesos worth of government-funded IT assets.”

“Laway lang ang puhunan,” was how Nograles described the operation.

In a briefing for the House committee on energy, Nograles questioned IEMOP on their qualifications and required both IEMOP and PEMC to submit relevant documents to Congress.

“From the documents submitted, it turns out that IEMOP has no experience, and worse, no assets to serve as the the operator of the Wholesale Spot Electricity Market. No wonder there was no competitive selection process,” he said.

Nograles added: “To make the absurd obvious, a capitalization of P7,000 is not even enough to buy a food cart franchise, what more to manage the wholesale electricity spot market?”

He said that he would ask the House committee on energy to look into this matter further.

“As a matter of duty, the committee on energy should take a deeper look into this issue,” Nograles said.

Citing documents, Nograles said that IEMOP incorporated itself on May 15, 2018, with each of the seven incorporators contributing P1,000 as paid-up capital.

IEMOP describes itself as a “non-stock, non-profit organization” which was incorporated “to become the Independent Market Operator of the Wholesale Electricity Spot Market (WESM).

Only four months after its incorporation, IEMOP entered into an Operating Agreement with the Philippine Electricity Market Corporation (PEMC) to take over its role to manage WESM.

Nograles said that while it is true that the EPIRA law has mandated the creation of an independent operator for WESM, there should have a been a competitive selection process.

“The sweetheart deal made it possible for IEMOP to grow from P7,000 capitalization to become a multi-million outfit with a total declared income of more than P100 Million for the end of 2018. This will need a lot of explaining,” he said.