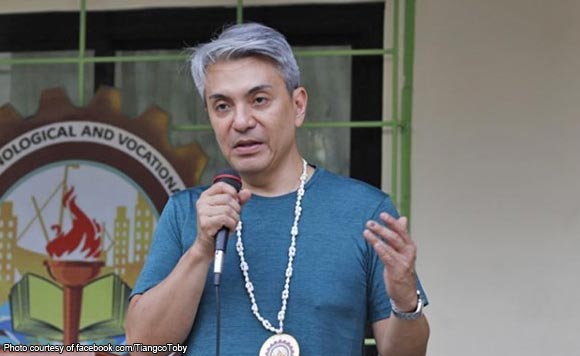 0 268
Share
Want more POLITIKO News? Get the latest newsfeed here. We publish dozens and dozens of politics-only news stories every hour. Click here to get to know more about your politiko - from trivial to crucial. it's our commitment to tell their stories. We follow your favorite POLITIKO like they are rockstars. If you are the politiko, always remember, your side is always our story. Read more. Find out more. Get the latest news here before it spreads on social media. Follow and bookmark this link. https://goo.gl/SvY8Kr

More than 14,000 residents of Navotas and guests were treated to a spectacular drone dance on January 15 as the city celebrated its 114th founding anniversary.

The exhibition, held at the Navotas Centennial Park, involved some 180 drones forming various images such as the Navotas map, fish, ship and buildings that symbolized the city’s thriving fishing industry.

“Each year, we hope to give you a celebration grander than the previous one. This is our way of thanking you for your steadfast support to our government and your valuable contribution to our city’s progress,” Mayor Toby Tiangco said.

The drone dance was part of the Variety Show and Grand Fireworks Display conducted every January 15 as penultimate event of the Pangisdaan Festival.

Meanwhile, amid the merriment, Cong. John Rey Tiangco called on the public to pray for the survivors of Taal Volcano’s unrest and extend help in any way they can.

The lawmaker said donations may be brought to the City Social Welfare and Development Office at the Navotas City Hall Annex.