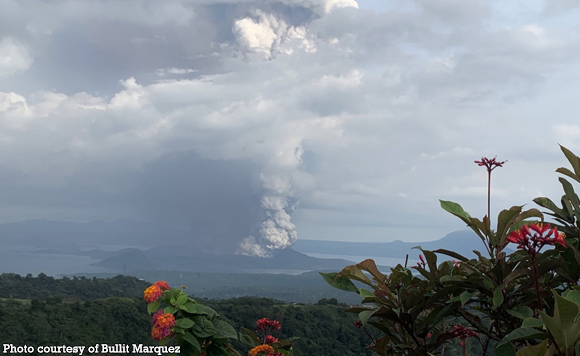 The Trade Union Congress of the Philippines party-list on Monday requested employers to provide their workers with pay, even if they are unable to come in to work because of the ashfall from Taal Volcano.

TUCP party-list Rep. Raymond Democrito Mendoza said he is asking for compassion for workers who will have to face the effects of the possible eruption of Taal.

“In times of calamity, workers will be relying on their employers to show compassion and give them the wages that they expected to receive under normal circumstances,” he said.

“We have already seen instances of price gouging, with necessities being priced much higher than usual. How will our workers be able to protect themselves and their families if the No Work, No Pay scheme is retained? It is impossible for some to make it through the roads to reach their places of work,” Mendoza said.

“The volcanic activity of Taal Volcano surprised us all yesterday evening, and local government units in nearby areas have begun to evacuate those who are most vulnerable,” he said.

“There is no telling for how long the situation will remain this way, but workers lives are at risk if they venture out into the open air,” he added.

“No less than the national government has requested that businesses allow their employees to stay home from work, but this was not the case for those in the manufacturing and BPO industries,” Mendoza said.

“This is an occupational safety and health hazard, and under our laws workers can refuse to come in to work. The ashfall has covered the roads and affected the visibility of cars. Businesses should put the health and safety of their workers first,” he explained.