Gabriela to BPOs in Laguna: Don’t expose your workers to Taal dangers 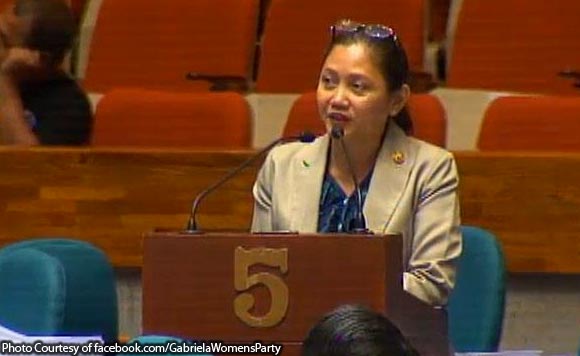 0 294
Share
Want more POLITIKO News? Get the latest newsfeed here. We publish dozens and dozens of politics-only news stories every hour. Click here to get to know more about your politiko - from trivial to crucial. it's our commitment to tell their stories. We follow your favorite POLITIKO like they are rockstars. If you are the politiko, always remember, your side is always our story. Read more. Find out more. Get the latest news here before it spreads on social media. Follow and bookmark this link. https://goo.gl/SvY8Kr

Gabriela party-list on Monday reminded all businesses in the country not to expose their workers to dangers from the eruption of Taal Volcano, saying workers have the right to refuse to report for work under dangerous circumstances.

“We have received information that most BPO firms including IBM Nuvali and Conduit, which are located in Sta. Rosa, Laguna and about 20 km from Taal, were still required to report to work despite the high alert level raised over the Taal volcano,” the group led by Rep. Arlene Brosas said.

“We would like to remind BPO firms, as well as all businesses in the country that this is an occupational safety and health issue,” Gabriela said.

According to Section 6 of the Occupational Safety and Health Law or Republic Act 11058, ”The worker has the right of refusal to work without threat or reprisal from the employer if, as determined by the DOLE, an imminent danger situation exists in the workplace that may result in illness, injury or death.”

“BPO firms that fail to comply with OSH standards must be held liable for non-compliance with the safety of the workers, especially in life-threatening disasters,” Gabriela said.

“We call on the government to enforce the Occupational Safety and Health Standards Law and penalize companies who have violated the safety standards by putting workers’ lives at risk,” it added.