Classes in Metro Manila suspended due to Taal eruption 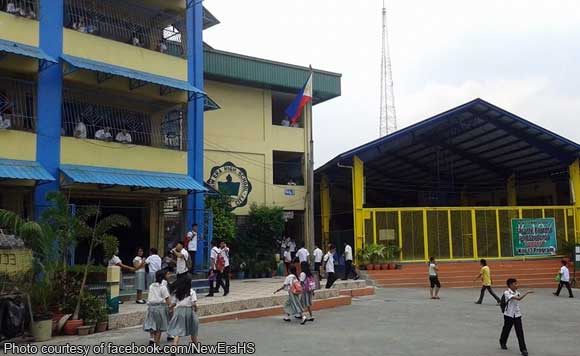 0 583
Share
Want more POLITIKO News? Get the latest newsfeed here. We publish dozens and dozens of politics-only news stories every hour. Click here to get to know more about your politiko - from trivial to crucial. it's our commitment to tell their stories. We follow your favorite POLITIKO like they are rockstars. If you are the politiko, always remember, your side is always our story. Read more. Find out more. Get the latest news here before it spreads on social media. Follow and bookmark this link. https://goo.gl/SvY8Kr

Classes at all levels in Metro Manila on Monday (January 13) has been suspended due to ash fall from the phreatic eruption of Taal Volcano.

In an advisory on Sunday, the Metropolitan Manila Development Authority (MMDA) said the suspension of classes include all 17 cities within Metro Manila, aside from the southern provinces Cavite and Batangas, as well as Santa Rosa and Biñan, Laguna.

MMDA Spokesperson Assistant Secretary Celina Pialago, in a message sent to reporters, said the National Disaster Risk Reduction and Management Council (NDRRMC) has recommended to the Office of the President the suspension of government work in the National Capital Region, Calabarzon, Mimaropa, and Central Luzon.

To mitigate the possible effects of the disaster, the MMDA recommended to residents in the affected areas to avoid leaving their homes, to wear face masks, and to close all windows.

Earlier, the Philippine Institute of Volcanology and Seismology (Phivolcs) raised Alert Level 4 over Taal Volcano and warned of an imminent “hazardous explosive eruption.”

Phivolcs also recommended evacuation to all residents within the 14-kilometer radius of the volcano due to “high risk to pyroclastic density currents and volcanic tsunami.” (PNA)