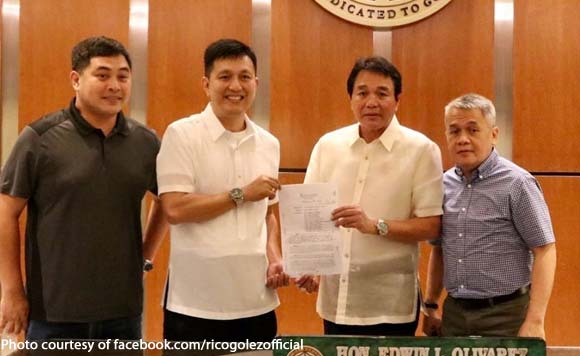 0 187
Share
Want more POLITIKO News? Get the latest newsfeed here. We publish dozens and dozens of politics-only news stories every hour. Click here to get to know more about your politiko - from trivial to crucial. it's our commitment to tell their stories. We follow your favorite POLITIKO like they are rockstars. If you are the politiko, always remember, your side is always our story. Read more. Find out more. Get the latest news here before it spreads on social media. Follow and bookmark this link. https://goo.gl/SvY8Kr

Paranaque City Vice Mayor Rico Golez is putting his connections to good use.

Golez tapped people he knew in PLDT and Smart Telecommunications for free wifi access in Paranaque after finding out that the companies have similar agreements with other cities in Metro Manila.

In a Facebook post, the vice mayor said his efforts bore fruit, as PLDT-Smart told him they are willing to partner with the city government for free wifi access.

The resolution gives Olivarez authority to sign a memorandum of agreement with PLDT-Smart for the provision of free wifi services within the Paranaque City Hall and other public places in the city.