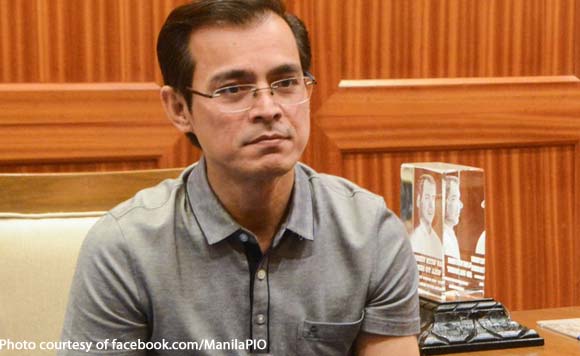 0 329
Share
Want more POLITIKO News? Get the latest newsfeed here. We publish dozens and dozens of politics-only news stories every hour. Click here to get to know more about your politiko - from trivial to crucial. it's our commitment to tell their stories. We follow your favorite POLITIKO like they are rockstars. If you are the politiko, always remember, your side is always our story. Read more. Find out more. Get the latest news here before it spreads on social media. Follow and bookmark this link. https://goo.gl/SvY8Kr

In an interview over ANC’s “Headstart” Tuesday, Moreno said it was “unfair” for Robredo to criticize the drug war considering law enforcers risk their lives going after drug suspects.

“Unfair naman ‘yun sa enforcement unit who are putting their lives on the line confronting this ready-to-kill individual,” he said.

Robredo had branded the administration’s drug war as a failure Monday, citing government data which showed that authorities only seized one percent of the illegal drugs which entered the country over the last three years.

Moreno said President Rodrigo Duterte was the only Chief Executive who launched an intensive crackdown on drug syndicates.

“We have to give an ‘A’ for the effort kasi hindi ‘yan biro. Ang lalim ng droga, noong panahon pa ng dekada ’80 lumala ‘yan,” he said.