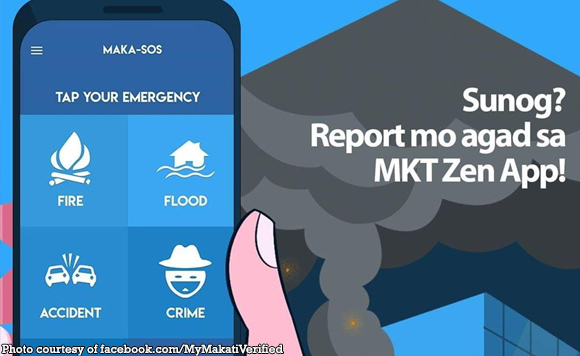 Makati Mayor Abby Binay has asked the public, particularly residents of the city, to download the “Makatizen” app to gain instant access to emergency hotlines and report crimes to authorities.

Binay made the call following the alleged abduction of a Chinese woman on December 9 along a busy road in the city, which was caught on video and became viral.

“When we witness a crime in progress, the best course of action should be to contact the authorities. We can instantly do it using the Makatizen app’s Maka-SOS feature, that allows us to contact police hotlines with just one click,” she said.

The Makatizen app can be downloaded for free from Google Play Store and Apple’s App Store. Based on the latest report of the city’s program partner, there are more than 10,000 Android phone users and around 5,000 iOS users who have downloaded the Makatizen app.

Binay said that aside from the Maka-SOS feature, the Makatizen app also allows mobile phone users to keep up with the latest developments at the city hall.

Lino Cayetano inspired by son’s zest for life: You’re why we…

‘Your legacy will live on’: Along Malapitan remembers ‘idol’…