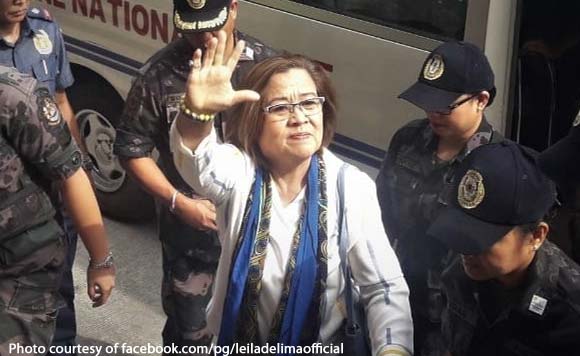 0 982
Share
Want more POLITIKO News? Get the latest newsfeed here. We publish dozens and dozens of politics-only news stories every hour. Click here to get to know more about your politiko - from trivial to crucial. it's our commitment to tell their stories. We follow your favorite POLITIKO like they are rockstars. If you are the politiko, always remember, your side is always our story. Read more. Find out more. Get the latest news here before it spreads on social media. Follow and bookmark this link. https://goo.gl/SvY8Kr

Malacañang on Thursday urged the foreign relations committee of the US Senate to “study” the judicial process in the Philippines.

This, after the US lawmakers passed a Resolution 142 calling on the Philippine government to release Senator Leila de Lima and to drop all the charges against the news website Rappler and its editor, Maria Ressa.

In February 2017, De Lima was arrested and detained for her alleged link to the drug trade in the New Bilibid Prison when she was a justice secretary.

Panelo noted that there are processes before a person can be charged and be brought before the court.

“There is a preliminary investigation conducted by another administrative officer, meaning the public prosecutors who investigate the case and they find probable cause, then the respondent will be charged in court, but before the warrant of arrest shall be issued, there will be another determination of the existence of a probable cause by a judge after evaluating the evidence,” he added.