Joy Belmonte goes back to her first love 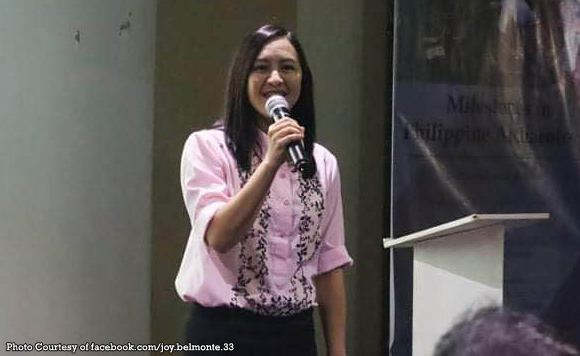 0 1,179
Share
Want more POLITIKO News? Get the latest newsfeed here. We publish dozens and dozens of politics-only news stories every hour. Click here to get to know more about your politiko - from trivial to crucial. it's our commitment to tell their stories. We follow your favorite POLITIKO like they are rockstars. If you are the politiko, always remember, your side is always our story. Read more. Find out more. Get the latest news here before it spreads on social media. Follow and bookmark this link. https://goo.gl/SvY8Kr

It was a day of bones, skulls, and human history.

Quezon City Mayor Joy Belmonte was an archaeologist first before she got into politics.

The politiko touched base with her first profession by organizing an anniversary symposium for her group, Katipunan Arkeologist ng Pilipinas, Inc., which doubled as her reunion with other scientists.

“I am so happy for my colleague Mandy Mijares, who became an overnight sensation when he excavated the remains of a new species of hominid called Homo luzonensis in Callao Cave, northern Luzon,” Belmonte said.

“What really made me happy was to see some of our public school teachers at the symposium, who went on their own initiative.”

She would have made a mark in the academe had she not been busy with politics.