‘Di DDS! Vico Sotto stands out with refusal to do fist bump with politikos 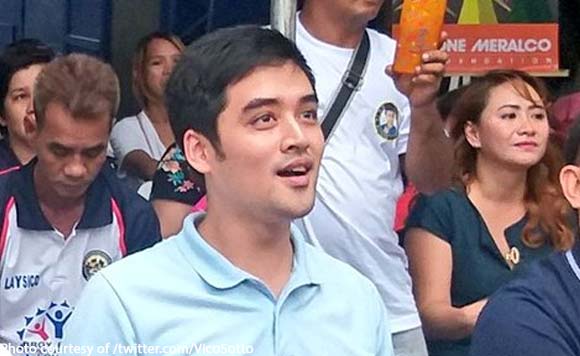 0 1,539
Share
Want more POLITIKO News? Get the latest newsfeed here. We publish dozens and dozens of politics-only news stories every hour. Click here to get to know more about your politiko - from trivial to crucial. it's our commitment to tell their stories. We follow your favorite POLITIKO like they are rockstars. If you are the politiko, always remember, your side is always our story. Read more. Find out more. Get the latest news here before it spreads on social media. Follow and bookmark this link. https://goo.gl/SvY8Kr

Pasig City Mayor Vico Sotto proved he’s independent-minded by refusing to do the fist bump pose even when he’s surrounded by politikos who did.

Sotto simply smiled for the cameras during the relaunch of the Pasig River ferry Monday.

Sotto’s subtle refusal to be branded as an administration ally earned the admiration of several netizens.

“A mayor who doesn’t need to go with flow; please the old man; make sipsip to become a pet….for him it’s all work & purely service for his people,” said Twitter user @godfatherJK5.

Vico Sotto does not need make sipsip to pduts. He is NOT trapo like many politicians now,” said Twitter user @mara0162.

vico not doing it says it all pic.twitter.com/q7OJOcXLFz