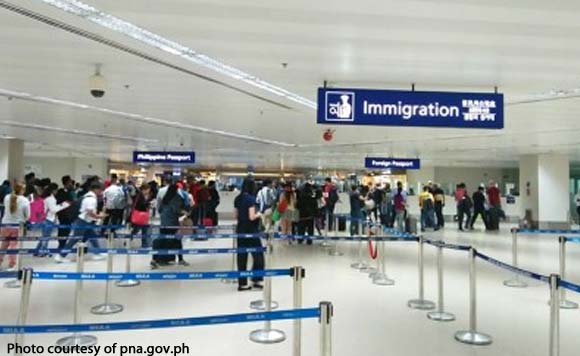 0 318
Share
Want more POLITIKO News? Get the latest newsfeed here. We publish dozens and dozens of politics-only news stories every hour. Click here to get to know more about your politiko - from trivial to crucial. it's our commitment to tell their stories. We follow your favorite POLITIKO like they are rockstars. If you are the politiko, always remember, your side is always our story. Read more. Find out more. Get the latest news here before it spreads on social media. Follow and bookmark this link. https://goo.gl/SvY8Kr

MANILA — Three Chinese fugitives wanted for economic crimes and large-scale fraud in China are set to be deported, the Bureau of Immigration (BI) said on Friday.

BI Commissioner Jaime Morente said the foreigners were arrested in the cities of Pasay and Parañaque by operatives from the bureau’s Fugitive Search Unit (FSU) last month.

The BI chief issued a mission order for the fugitives’ arrest at the request of the Chinese government, which sought their deportation to China so they could be prosecuted and tried for their crimes.

According to the Chinese government, the two were involved in internet fraud wherein their victims incurred losses of more than USD2 million.

A detention warrant was reportedly issued against them by the municipal public security bureau in Wuxi City, Jiangsu province, China.

Meanwhile, the other fugitive identified as Xu Xiaojun, 34, was apprehended inside a restaurant along Airport Road, Baclaran, Parañaque last November 20.

Information from Chinese authorities said Xu is wanted for involvement in bank credit card fraud which defrauded many of his compatriots of millions of yuan.

Morente added the three will be deported as soon as the BI board of commissioners issues the order for their summary deportation.

He said their passports were already revoked by the Chinese government. They will also be placed in the BI blacklist and banned from re-entering the Philippines. (PNA)