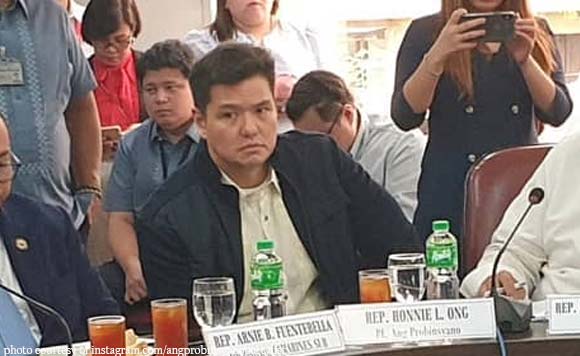 0 573
Share
Want more POLITIKO News? Get the latest newsfeed here. We publish dozens and dozens of politics-only news stories every hour. Click here to get to know more about your politiko - from trivial to crucial. it's our commitment to tell their stories. We follow your favorite POLITIKO like they are rockstars. If you are the politiko, always remember, your side is always our story. Read more. Find out more. Get the latest news here before it spreads on social media. Follow and bookmark this link. https://goo.gl/SvY8Kr

Some 100 senior citizens living near the Ninoy Aquino International Airport (NAIA) were the latest batch to be enlisted in the work-for-pay program initiated by Ang Probinsyano party-list Rep. Ronnie Ong in partnership with the Department of Labor (DOLE) and Pasay and Parañaque cities.

“We’ve been focusing so much on giving discounts and other perks but I believe that our senior citizens should continue to have economic opportunities not just to have extra money but to also feel that they are still contributing to our society,” Ong said.

He also thanked Bello for supporting the program to help the senior citizens.

Last week, the congressman was in Cebu province to kick off the same work-for-pay program for senior citizens in Central Visayas.

Ong has forged a partnership with DOLE to tap the Tulong Panghanapbuhay para sa Disadvantaged/Displaced Workers (TUPAD) program to provide employment for senior citizens not only to give them economic opportunities but also to make them feel important and still useful to the society despite their old age.

He said senior citizens who will be hired to work will do tasks that are important but not physically strenuous. Employment will be given priority to senior citizens who live around the various program venues and their salaries will be drawn from DOLE’s TUPAD allocation.

The salaries of the senior citizen workers under this program shall be based on the minimum salary in each region.