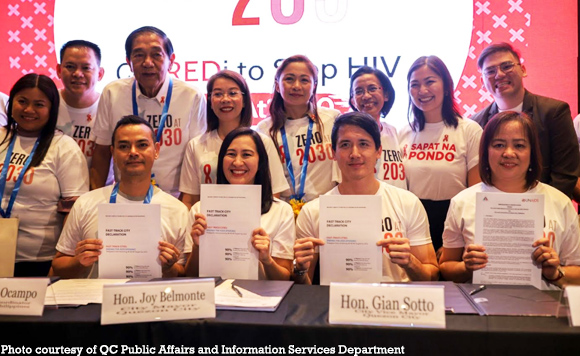 Quezon City Vice Mayor Gian Sotto has joined other local officials in testing themselves for HIV in a bid to increase awareness about the growing number of people it infects in the city.

The Zero at 2030 campaign aims to increase the number of residents aware of their HIV status to 90 percent. Those who tested positive are encouraged to get treatment and stay on it.

By 2030, the local government hopes there will no longer be new HIV cases, zero HIV-related deaths and zero discrimination.

The Quezon City Health Department earlier reported that 505 new HIV cases have been recorded from January to July this year, 486 of which were males and 19 females.

The local government has allotted P12 billion to its HIV awareness and treatment program under its 2020 budget.

It also plans to establish more One-Stop Shops in District 3 and District 6 where local residents can undergo testing and get needed medicines.