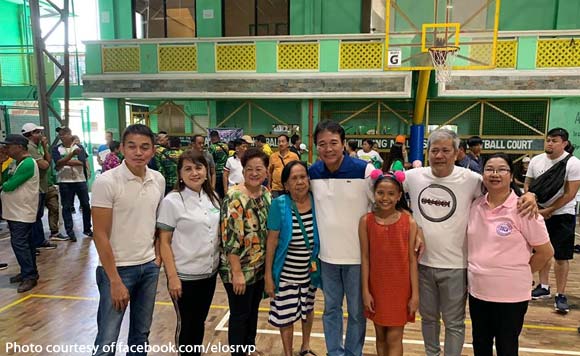 0 263
Share
Want more POLITIKO News? Get the latest newsfeed here. We publish dozens and dozens of politics-only news stories every hour. Click here to get to know more about your politiko - from trivial to crucial. it's our commitment to tell their stories. We follow your favorite POLITIKO like they are rockstars. If you are the politiko, always remember, your side is always our story. Read more. Find out more. Get the latest news here before it spreads on social media. Follow and bookmark this link. https://goo.gl/SvY8Kr

Christmas arrived early for thousands of senior citizens in Parañaque City, thanks to Mayor Edwin Olivarez and his brother, Rep. Eric Olivarez.

The Olivarez brothers have started giving grocery items and cash gifts to senior citizens as part of the “Pamaskong Handog” initiative.

On Sunday, December 1, the Olivarez brothers went around the city to hand out the cash gifts and grocery packs. Among the areas that the two politikos visited were Barangay Vitalez and Baclaran.

Senior citizens in the city should expect to receive their gifts ahead of Christmas.