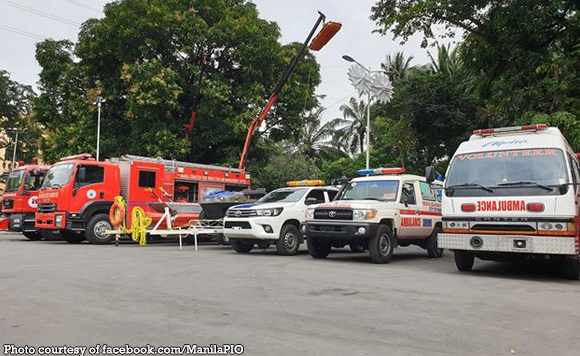 Following the mayor’s order, the Manila Disaster Risk Reduction Management Office (MDRRMO) issued a report stating that rescue centers in Baseco and Delpan are now ready for use.

State weather bureau PAGASA said that as of 2 p.m. Monday, Typhoon Tisoy was last located 195 kilometers east of Juban, Sorsogon, carrying maximum sustained winds of up to 150 kilometers per hour (kph) and gustiness of up to 185 kph. It continues to move west at 20 kph.