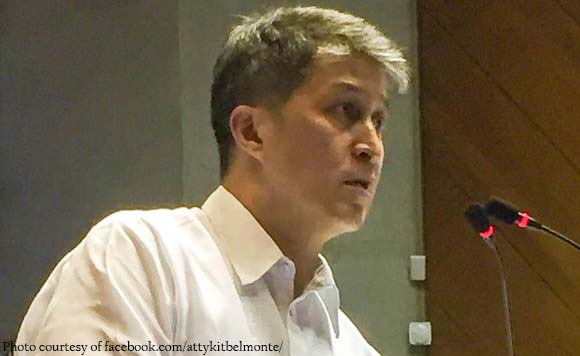 Does Senator Bong Go have no other idea of fighting the drug war other than killing?

This was the question raised by Quezon City Rep. Kit Belmonte as he slammed Go for criticizing Robredo for her supposed failure to ensure the killing of even just one drug lord during the nearly three weeks she spent as drug czar.

In a statement, Belmonte said President Rodrigo Duterte’s admission that the drug war was a failure shows killing drug suspects isn’t the answer.

Belmonte asked Go why the admnistration seems to be “afraid” of Robredo that Duterte had too fiire her as co-chairperson of the Inter-Agency Committee on Anti-Illegal Drugs (ICAD).