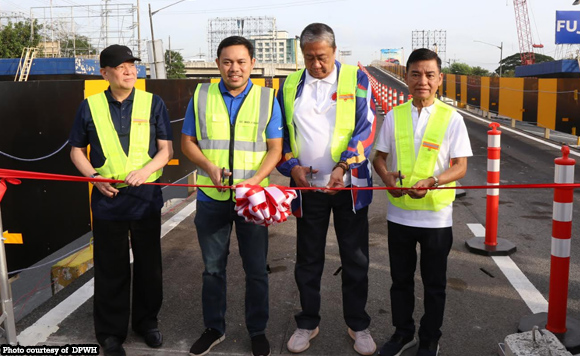 The two-lane Alabang-Skyway ramp opened Sunday, alongside the reopening of a third lane at the at-grade section.

“The initial phase of the Skyway Extension project will ease traffic on the South Luzon Expressway (SLEX), by giving motorists access to the Skyway from Susana Heights and the Muntinlupa-Cavite Expressway (MCX),” Villar said.

“Northbound traffic will now have up to five lanes during rush hour with the new ramp and the reopening of the third at-grade lane,” he added.

“When this alignment is completed, travel time from North to South will be reduced from 2 hours to 15 to 20 minutes,” he said.