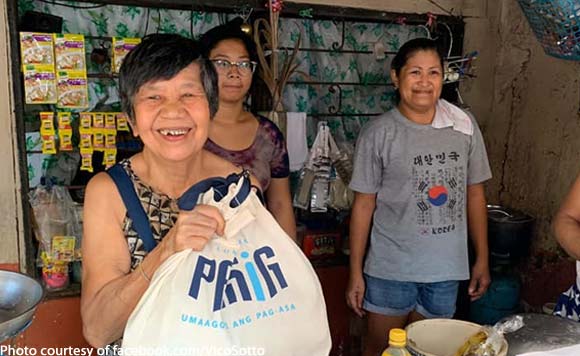 Some 400,000 families in Pasig will receive Christmas gift bags from the local government, Mayor Vico Sotto announced this week.

In a Facebook post, Sotto said the number of Christmas gift bag recipients is up from 180,000 last year, when the mayor was Bobby Eusebi.

Sotto said the city government has put in place a system that will not only allow for the efficient distribution of Christmas gift bags, but also the collection of residents’ data.

The system will also be used for the delivery of basic government services to the community, particularly with regard to health.