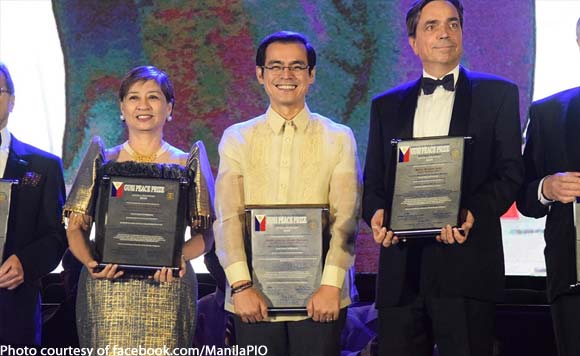 Manila Mayor Isko Moreno has added another trophy to his growing number of awards.

Moreno on Thursday received the Gusi Peace Prize at a ceremony at the Philippine International Convention Center (PICC) in Pasay City.

Gusi Peace Prize recognizes contributions to global peace and progress. It also distinguishes individuals who have contributed to society through science and philanthropy.

In his speech, the Manila City Mayor thanked the organization, his co-awardees and dedicated the award to the people of Manila.

“Let me take this opportunity to thank you Manileños for giving me a chance to lead the city,” Domagoso said.