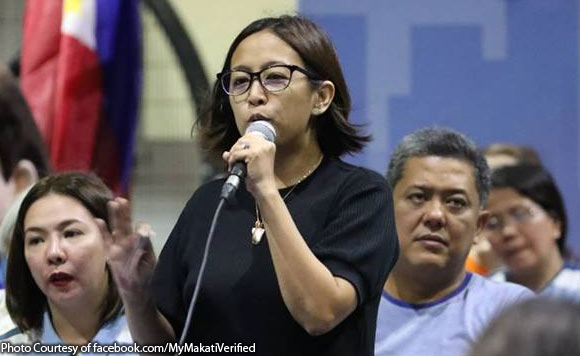 0 729
Share
Want more POLITIKO News? Get the latest newsfeed here. We publish dozens and dozens of politics-only news stories every hour. Click here to get to know more about your politiko - from trivial to crucial. it's our commitment to tell their stories. We follow your favorite POLITIKO like they are rockstars. If you are the politiko, always remember, your side is always our story. Read more. Find out more. Get the latest news here before it spreads on social media. Follow and bookmark this link. https://goo.gl/SvY8Kr

Makati Mayor Abby Binay has warned foreign and local traders of illegal drugs to stay away from the city following the seizure of P2.7-billion worth of suspected shabu from a warehouse in Barangay San Antonio early Wednesday.

Initial news reports state that police apprehended a Chinese national during a police buy-bust operation, which led to the discovery of more than 400 kilograms of the drugs concealed in dog food packaging inside the warehouse.

Binay said drug traders will not be tolerated and will face the full force of the law once they are caught.

“Let me remind everyone, both locals and foreigners, of Makati’s ‘zero tolerance’ policy against all forms of illegal drugs and substances. There will be no special treatment, no sacred cows when drugs are involved,” she said.

Binay called on the local police force, residents and other stakeholders to continue working with the city government to protect homes and communities from illegal drugs.

“I also urge our beloved Makatizens to keep a tight watch on their neighborhoods and promptly report drug-related illegal activities to the authorities. Let us not allow our homes and communities to be destroyed by drug syndicates and their protectors,” she said.