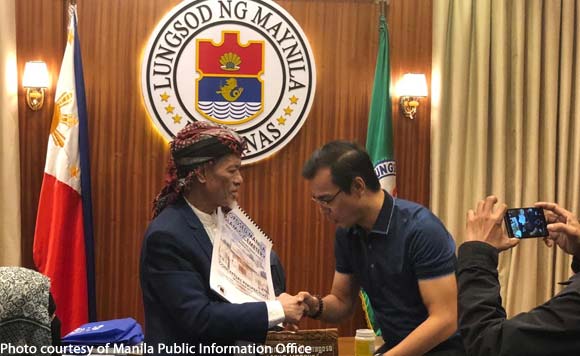 Moro National Liberation Front (MNLF) Chairman Nur Misuari has expressed gratitude to Manila Mayor Isko Moreno for his plan to build a cemetery for Muslims in the city next year.

In a meeting with the mayor on November 15, Misuari lauded Moreno for giving importance to the Muslim community’s burial practices.

“It is extraordinary and magnificent,” Misuari told Moreno.

The mayor said the Muslim Cemetery is his gift to the Muslim community. He said Islamic religious traditions were considered in the building of the cemetery, which will be located inside the vicinity of Manila South Cemetery.

He took into consideration the fact that Muslims who died would be transported to burial places either in Bulacan, Taguig, or in Mindanao due to the lack of Muslim Cemetery in Manila.

The Muslim Cemetery will include its own Entry Gate and Washing Building.