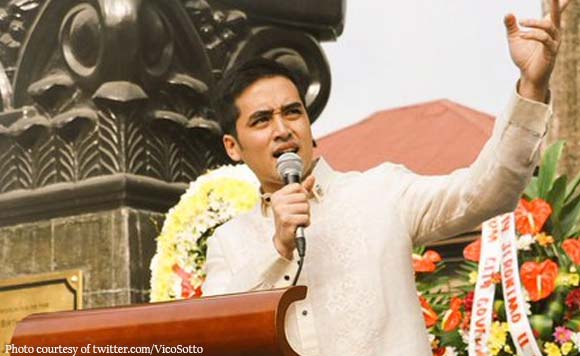 Pasig City Mayor Vico Sotto has taken up the cudgels for the 23 workers of Regent Foods Corporation (RFC) who are currently detained after commotion erupted during a protest at the company’s premises.

In a Facebook post, Sotto said he asked RFC’s owners to withdraw the charges against the 23 workers but they refused.

“Regent’s lawyer informed us that they would NOT withdraw the charges. Instead, they will just trust the judicial process’ — which is of course easy to say as multimillionaires who will eat 3x a day no matter what happens here; while the people they have sued have recently lost their main source of income and are now even torn away from their families,” he said.

Charges of physical injury, resistance and disobedience, and alarm and scandal have been filed against the 23 workers of RFC following a violent dispersal that happened during a strike on November 9.

RFC workers went on strike on October 16 to protest the management’s alleged failure to implement the collective bargaining agreement, the non-recognition of the new leadership within the union and supposed physical and verbal abuses.

Sotto said he doesn’t believe the workers committed any crime.

“These people are not criminals; they do not have the goal of hurting you. They are fighting for what they believe to be just. You can continue with the labor dispute without sending the poor and powerless to jail!” he said.

The mayor vowed to work for the freedom of the 11 workers who are still in jail, saying he will personally make sure they are out on bail by Monday, November 18.

“If you want to have a healthy relationship with our city, I highly suggest you rethink your position,” he said.