NCRPO on full alert for SEA Games, 8K cops to be deployed 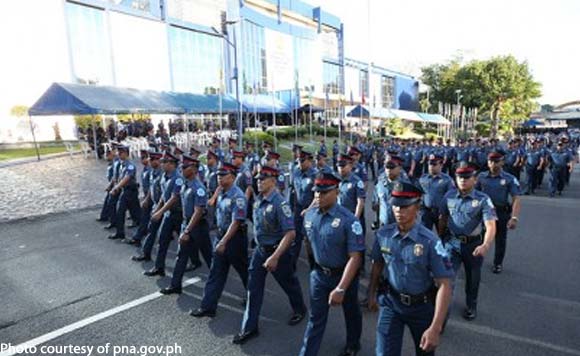 0 813
Share
Want more POLITIKO News? Get the latest newsfeed here. We publish dozens and dozens of politics-only news stories every hour. Click here to get to know more about your politiko - from trivial to crucial. it's our commitment to tell their stories. We follow your favorite POLITIKO like they are rockstars. If you are the politiko, always remember, your side is always our story. Read more. Find out more. Get the latest news here before it spreads on social media. Follow and bookmark this link. https://goo.gl/SvY8Kr

“The guests will start arriving on November 24 and 25 so we will place the entire force on full alert on the 25th up to December 14,” Sinas said during a press briefing at Quezon City Police District.

Sinas said no security threat was monitored so far but the NCRPO remains on alert for any eventuality.

On Monday, PNP spokesperson, Brig. Gen. Bernard Banac said a total of 27,440 police officers will be deployed in the venues in Metro Manila, Laguna, Bulacan, Tagaytay, Subic and New Clark City sports complex in Capas, Tarlac for the sporting event.

Aside from police officers, 20,000 personnel from different agencies will also be deployed for the augmentation for sports events of SEA Games, PNP officer-in-charge, Lt. Gen. Archie Francisco Gamboa said.

“We are putting our best foot forward for the regional sporting event among our Asean neighbors. We have started preparation since last year, we continue to rehearse and fine-tune all our systems and procedures for this event, such that we have established a full back-up system that will address any unforeseen situation that may arise,” Gamboa said.

The 30th SEA Games will open on November 30 at the Philippine Arena in Bulacan and will be held in different venues in Metro Manila, Clark, Pampanga, and Subic, Zambales. It will conclude at the New Clark City on December 11.

The country won its first-ever SEA Games overall championship in 2005, the last time it hosted the biennial meet.