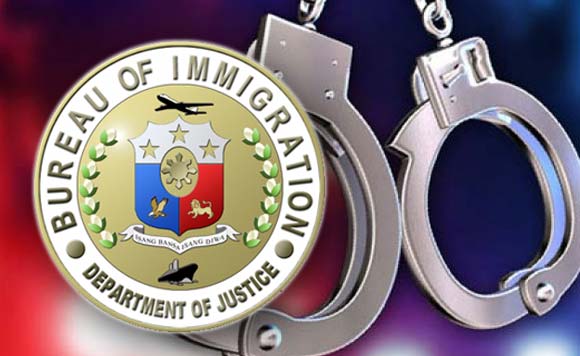 0 931
Share
Want more POLITIKO News? Get the latest newsfeed here. We publish dozens and dozens of politics-only news stories every hour. Click here to get to know more about your politiko - from trivial to crucial. it's our commitment to tell their stories. We follow your favorite POLITIKO like they are rockstars. If you are the politiko, always remember, your side is always our story. Read more. Find out more. Get the latest news here before it spreads on social media. Follow and bookmark this link. https://goo.gl/SvY8Kr

The Bureau of Immigration (BI) arrested 36 Japanese nationals involved in telecommunications scam in a hotel in Makati City.

BI Commissioner Jaime Morente said Immigration agents were only after
Nobuki Oshita, 20, and Yusuke Kiya, 33, who have standing arrest
warrants for theft in Japan.

But during its operations Wednesday, BI agents stumbled on 34 other
co-conspirators and included them in the arrest.

“Upon verification with the Japanese police, it was found out that all
36 are members of an organized crime group involved in telecom fraud
and extortion,” Morente said in a statement.

The group has reportedly victimized at least 1,393 Japanese nationals
with an estimated cost of damages worth 2 billion yen or P1 billion.

“The presence of these criminals in the country is a risk to public
security. We will keep our strong ties with our partners until the
last foreign fugitive is hunted, deported, and blacklisted,” Morente
said.