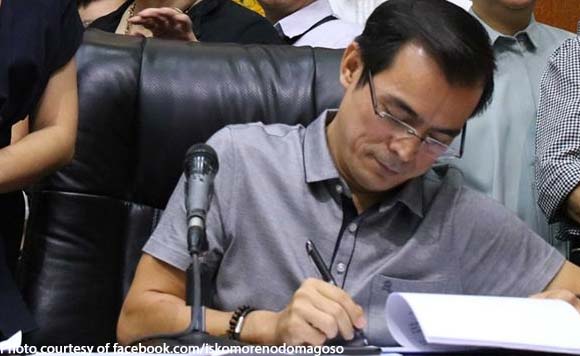 0 2,360
128
Want more POLITIKO News? Get the latest newsfeed here. We publish dozens and dozens of politics-only news stories every hour. Click here to get to know more about your politiko - from trivial to crucial. it's our commitment to tell their stories. We follow your favorite POLITIKO like they are rockstars. If you are the politiko, always remember, your side is always our story. Read more. Find out more. Get the latest news here before it spreads on social media. Follow and bookmark this link. https://goo.gl/SvY8Kr

The Manila City Council said Ordinance 8585, which provides for an annual appropriation of P17,857,086,146, is the biggest budget to be passed and fastest to be signed by the mayor.

Social services will receive the highest allocation under the city budget, amounting to P8.5 billion. Of this amount, P1.8 billion Will be allocated for the city government’s social amelioration program, which has 301,092 beneficiaries.

The Universidad de Manila (UdM) will receive a P300.4-million budget for next year, while the Pamantasang Lungsod ng Maynila (PLM) has an allocation of P145.5 million.

The rest of the Manila City Schools will also receive a total of P130,161,037 budget for next year for their operational requirements.

A total of P350,000,000 would be provided for the city government’s peace and order efforts, while P742,590,482 would be allotted to local disaster risk reduction and management efforts.

The city government’s housing services, which includes the Land for the Landless program and the Vertical Housing program, would get an allocation of P300,000,000.

The city government’s General Services comes second, with an allocation of P4,109,796,562 or 23 percent of the budget.