Car, jeepney drivers next on MMDA’s crackdown on repeat offenders 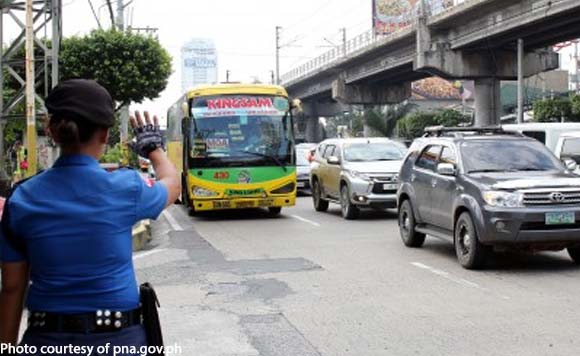 The Metropolitan Manila Development Authority (MMDA) will soon collect the records of traffic violators among private motorists and public utility jeepney (PUJ) drivers as part of a crackdown against repeat and excessive traffic violators.

This came after the MMDA announced on Tuesday its goal to suspend 100 to 1,000 public utility bus (PUB) drivers after a probe found that more than 1,700 of these drivers had committed a minimum of 100 traffic violations since 2006.

In a media briefing, MMDA General Manager Arturo “Jojo” Garcia said the crackdown would start with PUB drivers because of their sheer number but efforts to collect the records of both private motorists and PUJ drivers have also begun.

He said that because PUJ drivers are not allowed to ply the Epifanio delos Santos Avenue (Edsa), which leaves them outside the scope of the MMDA, coordination has been made with the local governments of both Quezon City and Manila to collect the records of violations made by these drivers.

Operators of both PUBs and PUJs have been warned to make sure their vehicles are not driven by those with suspended licenses or else, their vehicles would be impounded.

He added that a list of PUB drivers with suspended licenses will soon
be given to PUB operators.

During the briefing, he said their crackdown would be based on the
strict enforcement of Republic Act 4136, which states that motorists
who make the same traffic violation three times in 12 months will have
their license automatically suspended to a maximum of two years.

Roberto Valera, LTO Field Enforcement Division chief, said the most
excessive lawbreakers may also have their license perpetually revoked
if the situation calls for it. (PNA)

Grow your own food: Camille Villar pushes for ‘campus farms’