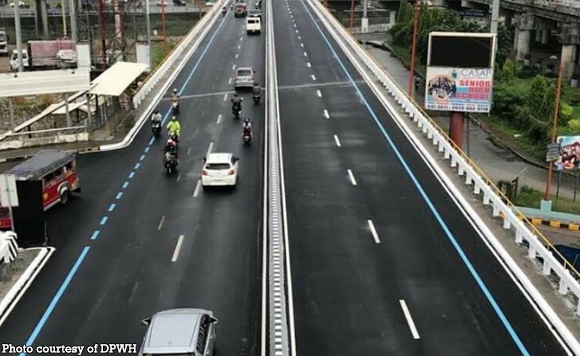 Motorists going to or from Quezon City and Antipolo City from Marikina now have an alternative route to use with the opening of Marcos Bridge.

Public Works Secretary Mark Villar said both eastbound and westbound lanes of Marcos Bridge were opened to traffic Thursday because the repairs were completed ahead of the April 2020 target date.

“After almost five months of repair, motorists can now utilize both the eastbound and westbound portions of the newly strengthened Marcos Bridge,” he said.

The P213.46-million Marcos Bridge is fully-accessible to vehicles plying Quezon City to Marikina City and also to those going to Antipolo City, and vice versa.

Repair works on the bridge included rehabilitation of the deck slab, strengthening of the girders and installation of carbon fiber to withstand the heavy volume of vehicles passing through it.

Built in 1979, the 40-year old bridge sits at the boundary of Marikina and Pasig Cities and is part of the Marikina Infanta Highway.