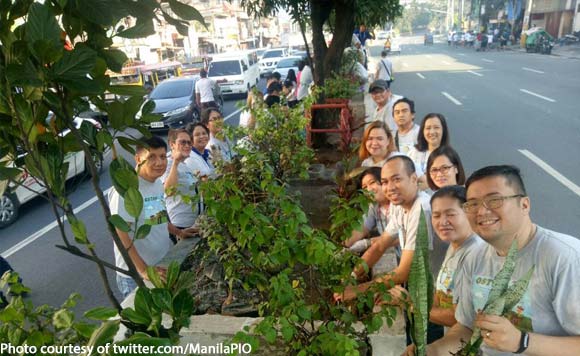 0 299
Share
Want more POLITIKO News? Get the latest newsfeed here. We publish dozens and dozens of politics-only news stories every hour. Click here to get to know more about your politiko - from trivial to crucial. it's our commitment to tell their stories. We follow your favorite POLITIKO like they are rockstars. If you are the politiko, always remember, your side is always our story. Read more. Find out more. Get the latest news here before it spreads on social media. Follow and bookmark this link. https://goo.gl/SvY8Kr

Manila did become cleaner on the Yorme’s special day.

Mayor Isko Moreno made an early birthday wish for his October 24 celebration, as he specifically lined up what he wanted: a citywide clean-up drive.

The residents went to deliver, with city hall officials scouring the streets with water hoses, scrubs, and soap.

The 45-year-old Moreno had the Ospital ng Tondo cleaning up their yard and halls, while the Manila Health Department took charge of tidying up the Kartilya ng Katipunan.

A netizen also spotted cleaners along the entire stretch of Blumentritt to Intramuros.

NEWS ALERT: Ospital ng Tondo conducts not only a clean-up drive but also a tree-planting activity as they celebrate the 45th birthday of Manila City Mayor @IskoMoreno