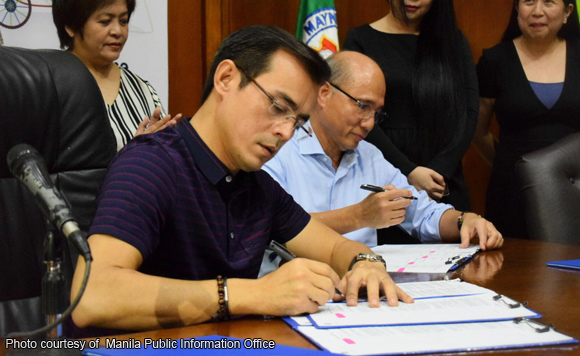 0 472
Share
Want more POLITIKO News? Get the latest newsfeed here. We publish dozens and dozens of politics-only news stories every hour. Click here to get to know more about your politiko - from trivial to crucial. it's our commitment to tell their stories. We follow your favorite POLITIKO like they are rockstars. If you are the politiko, always remember, your side is always our story. Read more. Find out more. Get the latest news here before it spreads on social media. Follow and bookmark this link. https://goo.gl/SvY8Kr

Manila mayor Isko Moreno has ordered all barangays and local government offices in the city to conduct a weekly cleanup drive.

Moreno signed Executive Order No. 43 Tuesday as he was delivering “The Capital Report: The First 100 Days of Bagong Maynila” before members of the City Development Council at the Philippine International Convention Center (PICC).

The EO will institutionalize the regular cleanup drives which began when Moreno assumed office on June 30.

Under the EO, all barangays and local government offices are required to submit a weekly compliance report to the Office of the City Administrator.