Sinong pinoprotektahan mo? Saguisag dares Isko to name person who tried to bribe him with P5M a day 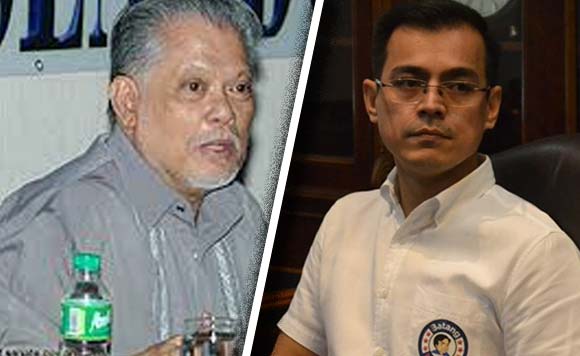 0 2,758
401
Want more POLITIKO News? Get the latest newsfeed here. We publish dozens and dozens of politics-only news stories every hour. Click here to get to know more about your politiko - from trivial to crucial. it's our commitment to tell their stories. We follow your favorite POLITIKO like they are rockstars. If you are the politiko, always remember, your side is always our story. Read more. Find out more. Get the latest news here before it spreads on social media. Follow and bookmark this link. https://goo.gl/SvY8Kr

Former Senator Rene Saguisag was hardly impressed by Manila Mayor Isko Moreno bragging about turning down a bribe offer of P5 million a day in exchange for stopping his plan to flush out illegal vendors in Divisoria.

Three months after Moreno boasted about how he took the high ride, Saguisag wanted Moreno to name the alleged briber.

“Yorme’s duty is to denounce and prosecute, not brag but condone criminality. To me, that was so trapo-ish. Kumita na po ‘yan — such exercise of bragging rights is Jurassic. It seems to me what he should have done was to entrap the briber manqué. Or at the least denounce him or her by name and see what happens.

For Yorme, it ain’t braggin’ if he can back it up. As of today, it is only his self-serving anecdote we have. Kwentong barbero? Who is he protecting?” said Saguisag in his Manila Times column.

“I discern a case of dereliction of duty. Article 208 of the Revised Penal Code punishes any public officer “who, in dereliction of the duties of his office, shall maliciously refrain from instituting prosecution for the punishment of violators of the law, or shall tolerate the commission of the offense,” Saguisag added.