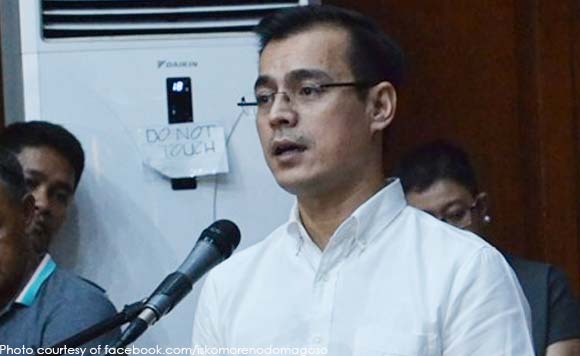 The politiko delivered his State of the City Address on Tuesday morning and proudly reported big figures to the people of Manila.

In his first 100 days in power, Moreno said he has cleared 3,373 roads all over the city. This includes small roads and even barangay halls which were illegally built on sidewalks, consistent with President Rodrigo Duterte’s marching order for clearing operations.

This tally also includes landmark wipeouts along Divisoria and Carriedo in the early days of his term.

NEWS ALERT: A total of 3,373 roads in the nation's capital have already been cleared from illegal obstructions since the start of his administration.#BagongMaynila pic.twitter.com/E8IE5uQCJB

From 3,373 roads, about 2,233 were cleared by the Department of Engineering and Public Works (DEPW).

In addition, the Department of Public Services (DPS) and the Manila Traffic And Parking Bureau (MTPB) cleared 817 and 176 roads, respectively.#BagongMaynila

On the other hand, a total of 147 barangay halls that were obstructing public roads and sidewalks were demolished by the DEPW.#BagongMaynila