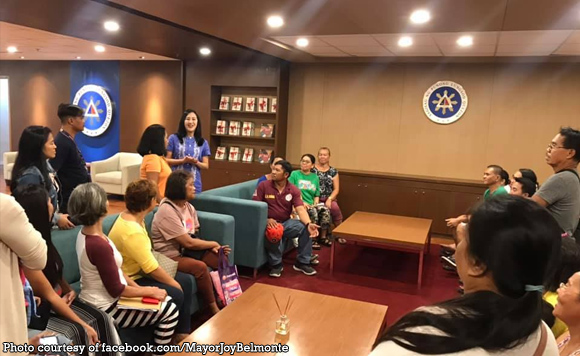 0 689
Share
Want more POLITIKO News? Get the latest newsfeed here. We publish dozens and dozens of politics-only news stories every hour. Click here to get to know more about your politiko - from trivial to crucial. it's our commitment to tell their stories. We follow your favorite POLITIKO like they are rockstars. If you are the politiko, always remember, your side is always our story. Read more. Find out more. Get the latest news here before it spreads on social media. Follow and bookmark this link. https://goo.gl/SvY8Kr

Backyard hog raisers in Quezon City will have to find other sources of livelihood— whether or not the national government solves the African Swine Fever (ASF) crisis.

Mayor Joy Belmonte announced Monday her plan to remove all piggeries in the city next year.

“[W]e will be strictly enforcing our Zoning Ordinance prohibiting piggeries in our City and have given all hog raisers up to February 2020 to comply,” she said in her State of the City Address.

Belmonte said she has given instructions to the Small Business and Cooperatives Development and Promotions Office to include the affected hog raisers in an employment assistance and livelihood program.

Ahead of the deadline for the removal of piggeries, the mayor said some 4,466 pigs have been culled in barangays affected by ASF.

She defended her decision to kill pigs that may not be affected by ASF by saying this was consistent with the protocols of the Bureau of Animal Industry.

“This may not have been aligned with the national government’s strategy with dealing with the disease, but I stand by my decision as my priority––then and now––is to eliminate this disease in our city at the soonest possible time while empowering our people with the information they need to avoid further spreading the disease,” Belmonte said.