Abby Binay celebrates makeover on 2nd term: Style is back with substance! 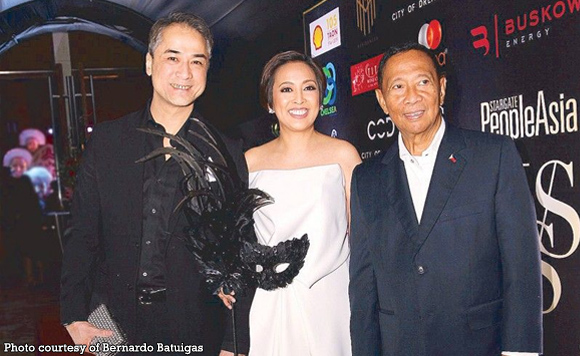 0 503
Share
Want more POLITIKO News? Get the latest newsfeed here. We publish dozens and dozens of politics-only news stories every hour. Click here to get to know more about your politiko - from trivial to crucial. it's our commitment to tell their stories. We follow your favorite POLITIKO like they are rockstars. If you are the politiko, always remember, your side is always our story. Read more. Find out more. Get the latest news here before it spreads on social media. Follow and bookmark this link. https://goo.gl/SvY8Kr

Makati City Mayor Abby Binay is more confident about herself after winning her reelection bid.

Binay welcomed on October 2 the title given to her by People Asia Magazine as a “Woman of Style and Substance.”

In a Facebook post, the mayor admitted thinking she was far from being called a “woman of style and substance” after winning the 2016 mayoralty race.

“There is always SUBSTANCE but I forgot about STYLE when there was just so much to do with so little time on the first three years,” she shared.

But now that she’s on her second term, Binay said “style is back with substance.”

“Hard work surrounded by competent people who share the same vision and work ethics turns the impossible into possible. It is still a tough job and I have yet to tell myself that I’m doing a good one. Maybe someday soon that day will come,” the mayor said.

Binay received the award from People Asia at an awarding ceremony held recently.