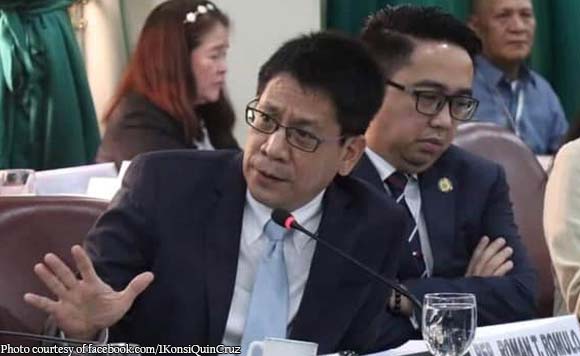 0 358
Share
Want more POLITIKO News? Get the latest newsfeed here. We publish dozens and dozens of politics-only news stories every hour. Click here to get to know more about your politiko - from trivial to crucial. it's our commitment to tell their stories. We follow your favorite POLITIKO like they are rockstars. If you are the politiko, always remember, your side is always our story. Read more. Find out more. Get the latest news here before it spreads on social media. Follow and bookmark this link. https://goo.gl/SvY8Kr

A road tunnel beneath Metro Manila’s busiest highway might be the solution to the perennial congestion on Edsa, Pasig City Rep. Roman Romulo said on Sunday.

“A Malaysian-type SMART underneath Edsa is another option that might help solve the horrendous vehicular congestion on Edsa,” he said.

“We would urge the Department of Public Works and Highways to look into the feasibility of constructing under Edsa a dual-purpose channel patterned after Kuala Lumpur’s SMART,” Romulo said.

“Since we can no longer widen Edsa, the only options left are to put up an elevated road above and alongside the Metro Rail Transit 3, as proposed by SMC, and/or build a new motorway below Edsa,” Romulo said.

Malaysia built its four-lane, double-decked Stormwater Management and Road Tunnel or SMART – a key national project – at a cost of $515 million.

SMART is basically a 4-kilometer motorway and 9.7-kilometer flood control system in one.