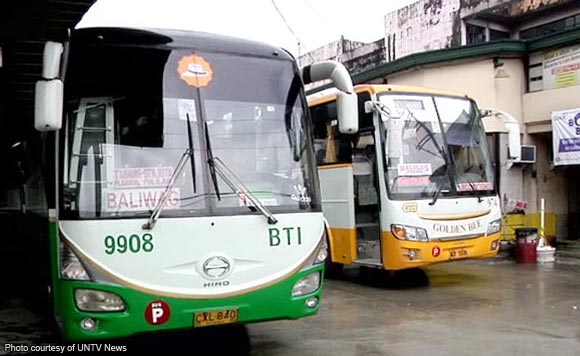 The Land Transportation Franchising and Regulatory Board (LTFRB) opened its doors on Saturday and Sunday to accept applications for special permits from public utility buses (PUBs) interested in ferrying the Anonas-Santolan route.

LTFRB will allow PUBs to operate with a special permit after the Light Rail Transit Authority (LRTA) announced that there will be no operations in the LRT 2’s Anonas, Katipunan and Santolan stations for nine months following a fire that damaged two of the train line’s transformers.

In a statement, LTFRB chairman Martin Delgra said the special permits for PUBs will be good for six months, though they might be cancelled sooner once the LRT 2 resumes its full operations.

Thousands of commuters were forced to look for alternative modes of transportation after operations of the LRT 2 were suspended Thursday over the fire.

The Department of Transportation said the Metro Manila Development Authority and Philippine Coast Guard will deploy buses during peak hours near the Anonas, Katipunan and Santolan stations to ferry commuters.