Isko Moreno gets his first taste of Philharmonic 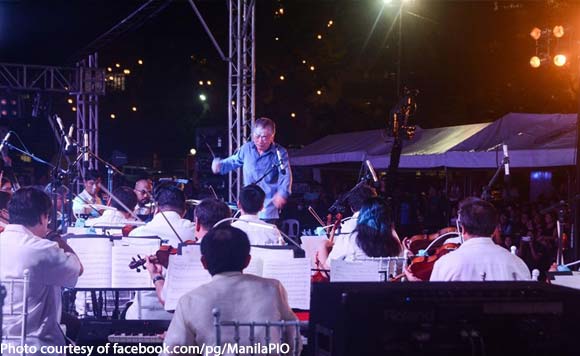 He brought an orchestra to perform for Manila residents who may have never even heard of their classy music.

Mayor Isko Moreno made another first happen in Manila: the Philippine Philharmonic Orchestra came to perform live out in the open for residents to indulge and drink in their tunes.

The politiko then revealed that he wants the city hall to showcase more arts and cultural performances, as the city seems to be deprived of what’s called “high art.”

Here’s an admission: Moreno, a proud boy Tondo, never heard the Philharmonic perform until that Friday.

WATCH: Manila City Mayor Francisco “Isko Moreno” Domagoso says he wants the local government to offer more events on arts and culture to encourage the youth to appreciate “where we are now and where we came from.”“Yeah, it’s true, there’s technology. You can have it streamed somewhere else, watch it somewhere else. To see it live, it costs you money. Hindi ito biro sa gastos ng mahirap,” Domagoso said.“Dito, (sa konsiyertong ito), gusto naming maiparamdam na pantay-pantay (tayo), na ‘yung natitikman ng mayaman ay pwede matikman ng mahirap,” the Mayor said.TRIVIA: Like many others, this is also the Mayor’s first time to watch a live concert of the Philippine Philharmonic Orchestra.The event was organized by the Manila Tourism & Cultural Affairs Bureau and the Cultural Center of the Philippines.#BagongMaynila