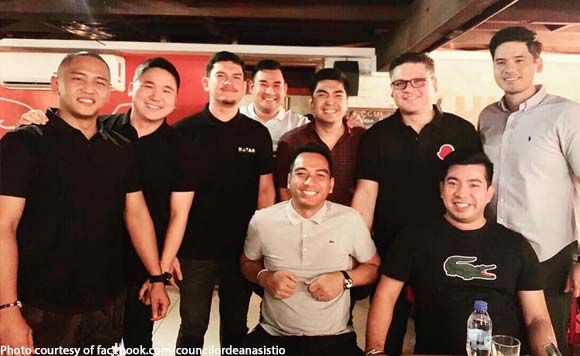 0 687
Share
Want more POLITIKO News? Get the latest newsfeed here. We publish dozens and dozens of politics-only news stories every hour. Click here to get to know more about your politiko - from trivial to crucial. it's our commitment to tell their stories. We follow your favorite POLITIKO like they are rockstars. If you are the politiko, always remember, your side is always our story. Read more. Find out more. Get the latest news here before it spreads on social media. Follow and bookmark this link. https://goo.gl/SvY8Kr

Caloocan City Councilor Dean Asistio had the chance to unwind earlier this month when he visited Davao City with other male politikos.

Since Asistio was in Davao City, he didn’t pass up the chance to try durian with Sebastian Duterte.

The male politikos surely had a lot of fun that it won’t be surprising if their night out would be repeated some time soon.