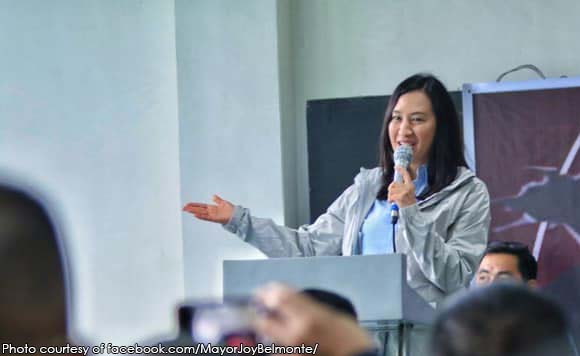 Former President Benigno “Noynoy” Aquino III and his sister Kris have different preferences on where the statue of their late father, former senator Benigno “Ninoy” Aquino Jr., in Quezon City must be transferred.

According to a press release from the office of Mayor Joy Belmonte, Noynoy wants the statue moved to the Ninoy Aquino Parks and Wildlife while Kris prefers it to be erected at the Manila Seedling Bank property owned by the Ayalas.

Ninoy’s statue at the corner of Timog and Quezon Avenues was removed Friday to avoid further damage from the road clearing operations being conducted by the Department of Public Works and Highways (DPWH).

The statue’s base already sustained partial damage due to the ongoing road works.

All of the Aquino children have given their blessing for the statue’s transfer, Belmonte said.

“They have no problem about the transer because it will be for the greater good of everyone who are affected by the heavy traffic in the area,” she said.

The statue is currently at a storage facility for safekeeping.

Belmonte said the local government has already written Environmental Secretary Roy Cimatu about the statue’s transfer to the Ninoy Aquino Parks and Wildlife.

If Cimatu declines, the mayor said Ninoy’s statue will be moved to the Manila Seedling Bank.