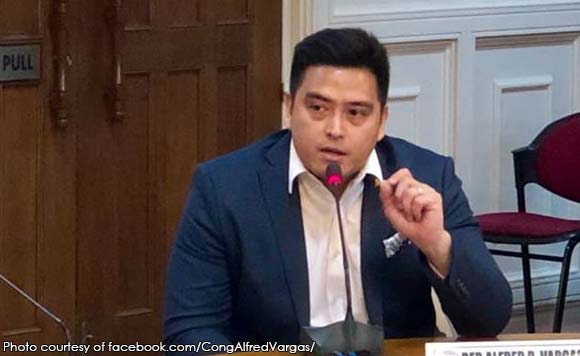 0 1,432
Share
Want more POLITIKO News? Get the latest newsfeed here. We publish dozens and dozens of politics-only news stories every hour. Click here to get to know more about your politiko - from trivial to crucial. it's our commitment to tell their stories. We follow your favorite POLITIKO like they are rockstars. If you are the politiko, always remember, your side is always our story. Read more. Find out more. Get the latest news here before it spreads on social media. Follow and bookmark this link. https://goo.gl/SvY8Kr

Quezon City Rep. Alfred Vargas was smiling from ear to ear following his successful defense of the Department of Interior and Local Government’s budget during plenary debates at the House of Representatives Friday.

For hours, Vargas stood at the rostrum answering lawmakers’ questions about the DILG and its attached agencies, including the Philippine National Police, Bureau of Jail Management and Penology, and Bureau of Fire Protection.

In a Facebook post, Vargas said it was an honor for him to be the DILG’s budget sponsor.

After the plenary debates, Vargas snapped a photo with DILG Secretary Eduardo Año and other officials.