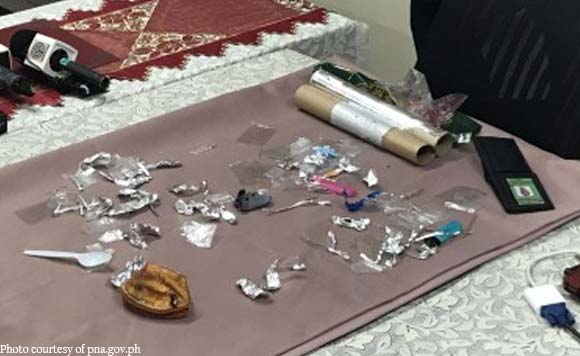 0 775
Share
Want more POLITIKO News? Get the latest newsfeed here. We publish dozens and dozens of politics-only news stories every hour. Click here to get to know more about your politiko - from trivial to crucial. it's our commitment to tell their stories. We follow your favorite POLITIKO like they are rockstars. If you are the politiko, always remember, your side is always our story. Read more. Find out more. Get the latest news here before it spreads on social media. Follow and bookmark this link. https://goo.gl/SvY8Kr

Eleazar said Rahid was with the Philippine National Police since late 1999 and most of his assignments were with Manila Police District (MPD).

In May 2016, Rahid opted to transfer to Police Security and Protection Group because he had schooling for security protection during his stint at the police presidential security force unit in 2015.

The suspects are now detained at Taguig Custodial Facility and they will face charges for violation of Sections 5 and 11, Article II of Republic Act 9165 (Comprehensive Dangerous Drugs Act of 2002). (PNA)